With poems in! And one of them’s mine! Here, look.

I have the good fortune to have encountered indulgent editors in Really System; they just published the longest poem I’ve yet had in print. It’s actually something I wrote for my brother, as an attempt to rehash a theatre piece we were working on. The subject was a gloomy, old-man Alexander the Great, transplanted into a gloomy, old-man seaside town in the south of England. In the original incarnation, Alexander is swallowed by an apocalyptic storm. In this version, which I wrote in verse, the apocalypse is more in his mind than in reality.

Alright, so here‘s a very recent one, written in the miserable weather at the start of the month, and newly published by the very cheerful YAY! LA Magazine in honour of National Poetry Month. Hooray! It’s accompanied by lovely artwork by Tracie Cheng. 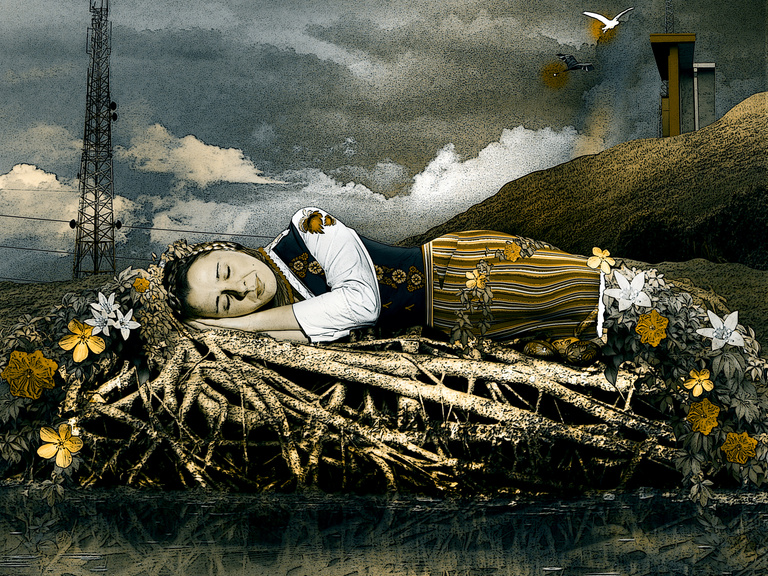 New poem up at crunchy little Seattle literary mag The Monarch Review. It’s an ekphrasis poem about naked ladies in a Cezanne painting.

In other news: spring!

Here’s some stuff that came out five months ago in Bird’s Thumb. I just found out about this today, which was confusing. Anyway here they are: 412, 418.

SAND is a journal of poetry in English, published in Berlin on a regular basis. (Good old Germans! So metropolitan.) Anyway, I’m in the latest one. It’s available here. In fact, it has been available for a while, but I’m badly organised. That’s all for now. xxxx

Toronto (or anywhere?) based poetry magazine The Rotary Dial just put its January issue up on the Kindle store for one dollar. If you have a dollar and Kindle and would like to combine the two in order to read one poem I wrote and several other poems that other people wrote, click on this. Thanks!

Hello all. Two of my translations of poems by Rilke just appeared in the new JMWW. Here and here. It’s a special translation-only issue, so lots of other goodies to check out. Bye for now!